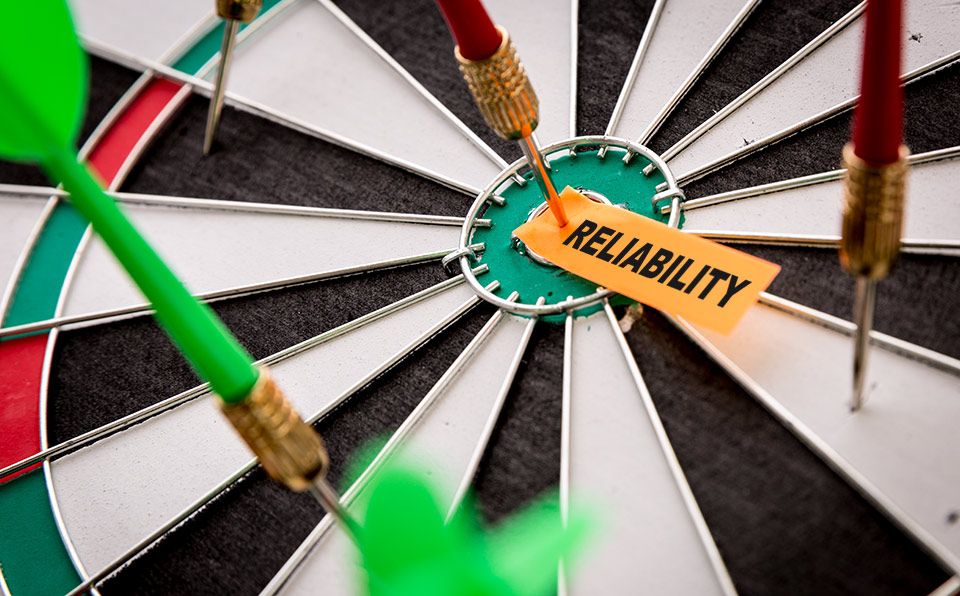 When calibration is due, the first thing that happens is that we check the gauge to see if the as-found condition is “IN,” meaning the gauge is still in useable condition. Sometimes, during the gauge’s time in service, the gauge will have deteriorated so much that it is not able to make an adequate measurement. In that case, it is what reliability engineers call a “failure.”

Failures tend to be very expensive and if it happens too often, that is a waste of money. The process to control this waste of money is as follows:

How Much Difference Does It Make?

The cost curve in Figure 1, below, shows that minimal cost occurs when this company’s gauge reliability is at 92%. Over on the left side of the chart, the cost increases up to 20% or more because of too many failures. Note that over on the right, the curve increases very quickly to over 50% because of calibrating too often. 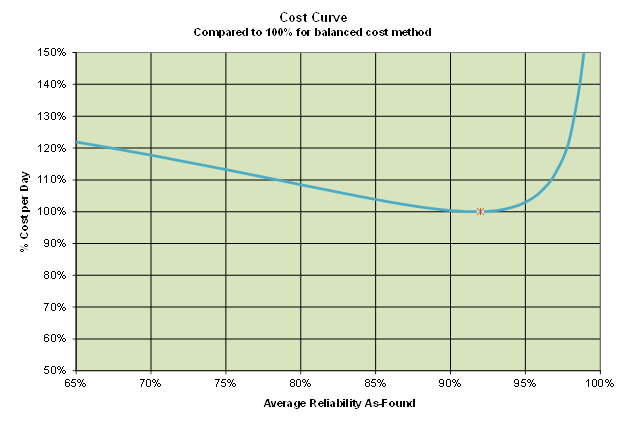 Figure 1. This chart shows a standard reliability target at 92%. It also shows a typical cost curve for what happens when gauges are not operating at the correct reliability.

No. The hardest part is changing the calibration frequencies to get all of your gauges moved over to the target value. That would be a gradual process as the calibrations come due.

The reliability target depends on a ratio of the cost of a normal calibration versus the cost of a failed calibration that is “OUT.” It also shows a typical cost curve for a typical gauge type. The cost curve is resting on the target point and it has a shape we could describe as a bathtub curve or a hockey stick. The cost curve shows what happens when we have a gauge whose calibration frequency interval is not delivering the correct reliability: the cost will begin to climb the walls of the bathtub, wasting money.

How to Calculate the Reliability Target

Step 1. Estimate the cost of a normal “IN” calibration. That would typically consist of checking the as-found condition, performing preventive maintenance to restore the gauge to high reliability, doing an after check and placing the gauge back in service. Suppose we estimate that $ “IN” = $200.00.

Step 2. Estimate the cost of an “OUT” calibration where the gauge fails. In that case, the calibration department will typically do problem solving and more elaborate maintenance. An unknown amount of product will not have gotten the intended quality protection. If they want to make up for that, the inspection department may quarantine and re-inspect. The amount of product quarantined may be large and product already shipped may be recalled. Potentially, the total cost may be “large.” Suppose we estimate it at: $ “OUT” = $2,300.00.

A Potential Benefit to Also Making a Cost Curve

Suppose we have a gauge that we consider particularly important, perhaps because it is very important to our process, or perhaps because it has an unusually high failure cost. Making a cost curve for this special gauge would be an advantage because different gauge types will often have different shapes for the cost curves. Plotting the cost curve shape for this special gauge will show us whether this specific shape leans left or right at the place where it sits on the reliability target. If it leans to the left, for example, there will be a dip in the curve located down and to the left of the standard reliability target. This will be a special reliability target that will be better than the standard target, but can only be used for this gauge type.

To make a cost curve for a specific gauge type, we will need to measure the shape of an invisible curve. The measurement procedure involves getting two or more measurements of time to failure, then transforming the measurements to a more convenient shape that we know how to measure. This is called a “Wiebull” transformation, named for the person who found a practical way to do the measurement. (Transformation is a conversion process, such as going back and forth between Fahrenheit and Celsius measurements.)

Figure 2 shows three distributions for probability of failure. The shape measurements are, from left to right, 2, 4 and 8. Measuring shapes for gauges will tend to produce measurements that are somewhere between 2 and 8.

If we wanted to get a measurement for a fourth gauge, we would take two identical gauges, put them in service after a fresh calibration, and measure how long it takes for the gauge to fail. Suppose we do this and the two measurements are 100 days and 150 days. Now we transform the days as follows:

and organize the data according to X and Y values such as we might use for a chart:

This is a good place to reiterate that we only need to measure the Weibull shape and scale factors when we have a “special” gauge that warrants an extra precise “special reliability target.” The more common situation will be that we have determined a standard reliability target and we intend to use it for hundreds of gauges with dozens of unknown shapes. For that situation, we would use an assumed shape and scale that would give us a general idea of what the cost curve looks like. We did that in Figure 1 where we assumed Shape = 2.24. We selected that shape, based on experience, because we thought the resulting curve would sit on a 92% target point without leaning either left or right. We also selected Scale = 100, because it is a round number.

Figure 3, below, answers the question “what if we kept everything the same as Figure 1 except that we found a gauge with a low shape measurement?” A low shape measurement for gauges would be 2.00, so Figure 3 assumes 2.00 instead of 2.24. Note that we get a special reliability target (dip) at 89%, slightly to the left of the standard reliability target which is marked with a red X at 92%. We can also see this change doesn’t have much effect on cost. 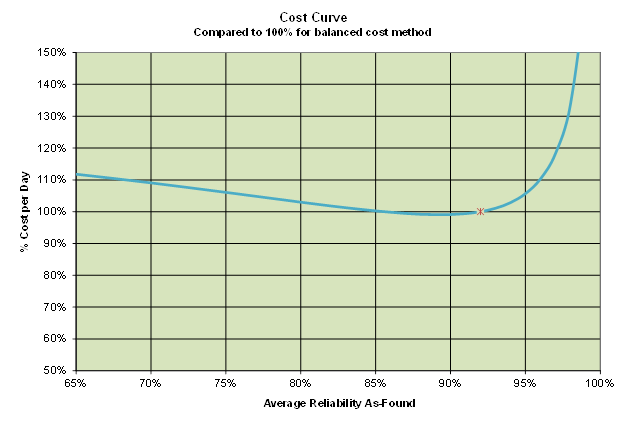 Figure 3. This gauge has a standard reliability target at 92%, marked with a red X. Because of a low Weibull shape, there is also a dip at 89%.

Figure 4, below, answers the question “what if we kept everything the same as Figure 1 except that we found a gauge with a high shape measurement?” A high shape measurement for gauges would be 8.00, so Figure 4 assumes 8.00 instead of 2.24. Note that we get a special reliability target at 99%, considerably to the right of the standard reliability target which is marked with a red X at 92%. We can also see that this change drops cost for that gauge more than 20% 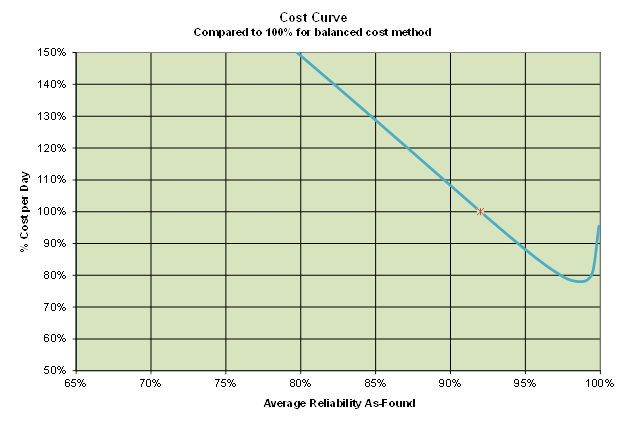 Figure 4. This gauge has a standard reliability target at 92%, marked with a red X. Because of a high Weibull shape, there is also a dip at 99%.

About The Author
Gary Phillips has been in the quality field for nearly 50 years. Previously with GM’s Cadillac division, Gary has now been a consultant for over 30 years and has trained well over 20,000 people worldwide, primarily in technical subjects related to quality and reliability engineering, such as designed experiments, engineering testing, statistical process control and measurement systems analysis.